As Nigerian economy is being tolled to the part growth following its worst recession, insurgency among others. The need to stabilize and sanitize the economy, get rid of Non Performing Loans (NPLs) as well revamp the North-East part of the country took the center stage at just concluded seminar for journalists, NGOZI ONYEAKUSI reports

In a bid to train the journalists who will in turn educate the publics, the Nigeria Deposit Insurance Corporation (NDIC) last week organized a robust seminar for finance correspondents and business editors in Kano, the Kano State capital.

Declaring the seminar open, the Managing Director, NDIC, Alhaji Umaru Ibrahim urged the media to educate the publics on the developments in the financial service industry. He said the corporation will continue to partner the media so that the publics will continue to know their right duties and responsibilities in the financial sector through their reportage. He said that the topics selected for the seminar were apt.
Ibrahim however regretted that not much has been achieved in the North-East part of the country as a result of the Boko Haram sect incessant attack. “We will start to build it now that is why we have a paper on that, tagged ‘ Rebuilding Financial Infrastructure in the North-East’ delivered by the Director, Development Finance, Central a Bank of Nigeria (CBN), Dr M. A Olaitan.
Reacting to the paper, Ibrahim charged the CBN to provide incentives for financial institutions to go back to the North East to resume business.
Ibrahim pointed that a lot of potential exist in that part of the country.
“My feeling is that chief executives (CEOs) of banks in Lagos have forgotten the potentials that exist in the North East. It is our responsibility to make them appreciate the business potentials in the North East”
He urged the National Assembly to push the Central Bank of Nigeria (CBN) to provide the needed incentives to rebuilding the North East.
According to him, the bankers committee which meet annually to discuss on developmental issues to dwell on revival of infrastructure in the North East.
Corroborating with Chairman, Senate Committee on Banking, Insurance and other financial institutions Ibrahim, Rafui Adebayo Ibrahim, said the CBN could give incentives for Microfinance banks to open branches and come back to the North East by giving them some incentives.

Speaking while presenting the paper, Olaitan, said the North East was key to the Nigerian economy, as it is a bastion of commerce and trade with prominent local enterprises and well established trade routes such as the trans-Sahara route. Represented by Sani Mohammed, deputy director, development finance department , he said the rationale for rebuilding financial infrastructure in the region is compelling as the region has a very high potential for agricultural development and food security.

Another paper of interest at the seminar was tagged ‘ Curtailing the growth of Non- Performing Loans (NPLs) in Banks, the Role of Supervisors and Regulators, presented by the Director, Banks Examination Department NDIC, Mr A.A Adeleke.

Speaking while presenting the paper, Adeleke noted that the banking sector regulators, the CBN and the NDIC have in their books records of bank directors who lost their seats on the Boards of some Deposit Money Banks after being linked to the NPLs. “We have the Code of Corporate Governance and Code for Bank Directors. You sign these codes before you become a director. It is part of the employment terms. One of the things in these codes is that if you are having a non-performing loan, it is a ground to remove you from being a director”, Adeleke said.

Speaking further, Adeleke attributed the high rate of NPLs among DMBs to economic challenges. NPLs has risen by 50 per cent from N1.639tn in December 2016 to N2.424tn by September this year.

He noted that the CBN’s non-performing loans ratio in the banking industry is five per cent, but the banks’ NPLs have moved from 10.13 per cent to 15.18 per cent within the period, the financial returns of the DMBs compiled by the NDIC revealed.

The data, however, showed that total loans and advances by the banks decreased within the period before rising again.

Adeleke said, “The Financial Stability Report for 2017, issued by the CBN, indicated that the ratio of NPLs net of provision to capital for the banking industry increased to 38.4 per cent in 2016 from 28.4 per cent as of December 31, 2015.

“Also the Financial Stability Report issued by the CBN as of December 31, 2016 indicated a disproportionate credit allocation to the oil and gas sub-sector by the Nigerian banks.

“Sectoral allocation to oil and gas as of December 31, 2016 was 29.59 per cent. Manufacturing, general commerce and government were 13.41 per cent, 8.71 per cent and 8.34 per cent, respectively. Others comprising of telecoms, power, real estates and services, among others, accounting for 39.95 per cent.”

He traced the causes of the rising NPLs in the banking sector to banks’ lending policies, which he said had been relatively unselective and competition-driven, with little consideration for associated risks.

Others are inadequate appraisal of loans and poor assessment of obligors and sectors in which they operate, leading to loan concentration and lowering of under-writing standards; rapid credit growth associated with lower credit standards; and poor GDP growth rate, which became negative in the first quarter 2016 and resulted in recession by the second quarter of the year.

Similarly, presenting one of prominent papers tagged ‘Financial Disruption of Digital Currency & its Consequences on the Banking System & Deposit Insurance System (DIS), the Deputy Director, Research , Policy and International Relations Department NDIC. Dr K.S Katata warned that digital currencies especially Bitcoins will not be authorised by the CBN and won’t be insured by the NDIC.

According to him, the commission has advised the public to desist from it adding that any person or groups who invest or trade in them do so at their own risk.

He explained that there are safety concerns associated with digital currencies, which are mainly the basic reasons why regulatory / supervisory authorities in many countries are seriously concerned about.

He however noted that the NDIC and CBN were also studying their implications for financial system from any negative effects associated with such inventions.
He further assured that protection of depositors remains the commissions priority.

“The protection of the depositor remains our top priority. That is why we continue to stress the need for depositors to patronise only financial institutions that are licensed by the CBN and which display the NDIC Sticker with the words ‘insured by NDIC’ in their banking halls or entrances.

A special guest to the seminar, Kano State Government commended the Nigeria Deposit Insurance Corporation (NDIC) for its various interventions which is aimed at safeguarding and prudent management of public funds.

The Governor of the state, Dr. Abdullahi Umar Ganduje in a brief remarks explained that the reason behind its empowering commercial Tea Sellers, popularly called ‘Mai Shayi’ with the sum of N265 million was aimed at promoting healthy living and the economy of the state.

The governor, who was represented by the Secretary to the Kano State Government (SSG) Alhaji Usman Usman stated that Kano State controls a single revenue account which had helped in blocking linkages in the state adding it spends N9 billion every month for workers salaries among other numerous achievement. Towards the conclusion of the seminar, journalists were taken round by the state government to view works going on in the state.
Culled From PeoplesDaily 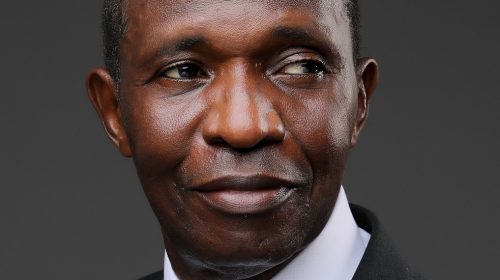 Why the 2023 population census must be postponed 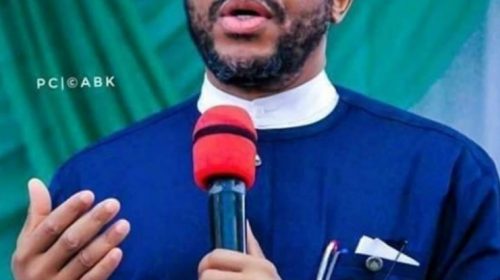 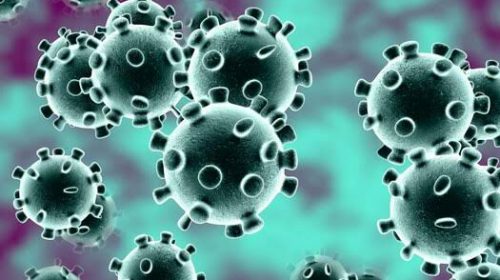