The managing director of Asset Management Corporation of Nigeria (AMCON) Mr. Ahmed Kuru has said that Arik Air which was taken over by his agency on February 9 spends about N1.6 billion on aviation fuel on 12 internation destinations.

Briefing the Senate Committee on Banking, Insurance and other Financial Institutions in Abuja, Kuru said AMCON was certain that the airline lacked the capacity to operate international flights.

“We are thinking of suspending international flights. Arik Air needs about N1.6 billion to buy fuel for international routes. We cannot do that right now. By the time we manage it for about six months and the airline can now survive, then we can sit down and talk about where to go from there.

“Based on what we have achieved in just one week, we are hopeful that in the next three weeks, the issue of delayed or cancelled flights will be things of the past.

“Government has a responsibility to ensure that it intervenes whenever there is any threat to national interest. Within the next 30 days, we will be going to places we have not been to in the last three years.”

Kuru said that the Central Bank of Nigeria (CBN) was prepared to support the turnaround of Arik Air.

“In line with AMCON’s statutory mandate, the non-performing loans of Arik Air were acquired in 2011 from two banks:

”The facilities were granted to Arik for purchase of additional aircraft and to refinance existing term loans. The default in repayment posed systemic threat to the banks and indeed the Nigerian economy.

”The principal promoter of Arik Air is Sir Johnson Arumemi-Ikhide. Apart from AMCON, Arik is also currently indebted to other commercial banks, including Standard Chartered, Zenith Bank, Ecobank and Access Bank, to the tune of N165billion.

”AMCON also acquired three other non-performing loans of companies in which the principal promoter is Sir Johnson Arumemi-Ikhide.

In September 2011, AMCON restructured Arik’s debt from N85 billion to N70 billion as a nine-year term loan running at 12% per annum. ‘ Other terms of the restructure included the following:

“AMCON to appoint a resident Monitoring Manager who shall have the authority to call for any of Arik’s records for examination.

“Arik to provide three-year record of its remittances to FAAN.

“Arik defaulted on the term of the restructure and failed to make the monthly repayment as agreed.

“In May 2013 AMCON sourced N26billion of the CBN/PAIF through BOI on behalf of Arik.

“AMCON disbursed N21.38billion of the BOI loan to Arik as working capital.

“Out of this amount, N2.4billion was meant for reconfiguration of two aircraft from passenger to cargo carriers. This was never done as the funds were diverted by Arik management and is now the subject of EFCC investigation. Both aircraft were abandoned in the UK.

“In December 2015, due to accrued interest and unpaid principal, a second restructuring was proposed for the debts to be reduced from N138billion to N90billion,” he said.

However, the AMCON chief said the proposal was awaiting CBN’s approval.

“This was proposed based on Arik’s plan to do a private placement and subsequently do an IPO within a period of six months. Based on that, they were expecting N44billion from Afrexim as a bridge. None of this happened as Arik could not comply with any conditions given to them.

“In spite of the leniency and good faith demonstrated by AMCON throughout the negotiations, Arik refused or neglected to adhere to the terms of settlement.

“AMCON continued to bear the burden of repaying the B01 loan at one per cent interest rate without any corresponding commitment from Arik. So far, AMCON has paid N9.05billion on behalf of Arik.

“Total recoveries from Arik till date N4.6billion-only 3.2 per cent of current exposure; total repayment by Arik in the last 12 months- N50million only.

“The consolidated exposure of debtor-companies in which Sir John Arumemi-Ikhide is the principal promoter in AMCON stands at N263.7billion.

“As at December 2016, Arik’s debt in AMCON stood at N146billion due to mounting interests and unpaid principal,” said Kuru. 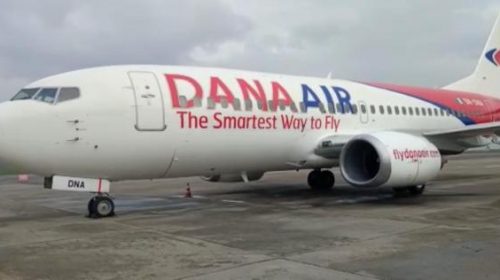 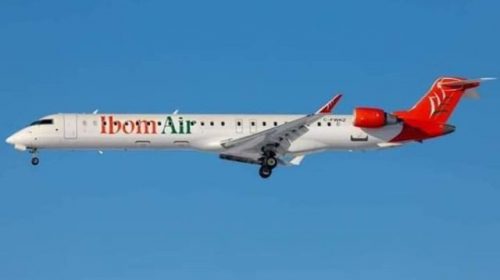