Oando Plc. today disclosed plans to raise N40 billion from the nation’s bourse.
The Group Managing Director Oando Plc. Wale Tinubu made the disclosure while presenting the firm’s Facts Behind the Figure at the Nigeria Stock Exchange (NSE).
Tinubu stated that the need to raise the fund became necessary the enable the firm settle debts as well woo strategic and foreign investors coming to the market.
According to him, the firm would hit the market once the volatility in market fully come down and Forex intervention by the Central Bank of Nigeria (CBN), fully converge, “You know market has a lot of potential but what actually kept investors from the market is the volatility, but the volatility in the market is coming down and exchange rates are converging, as soon as CBN merge the rates, better for us because you will see the market rebound and investors coming”
He added that when the firm concludes plans, it would disclose the option for the offer.
Speaking on the activities of the company in the last one year, Tinubu stated that 2016 was difficult year for the company due to the militancy in the Niger Delta adding it has remained a major challenge for the company.
Other constraints the company experienced, he said include issues bordering on exchange rates, drop in oil price as result of militancy in the Niger Delta, devaluation of naira, liquidity constraints among others.
Notwithstanding, he assured that the firm was able to reduce its debt by 39 per cent from N355.4 billion to N22.5 billion in first of 2017.
He opined that Oando has set up five year strategic plans aimed at tackling aforementioned challenges. 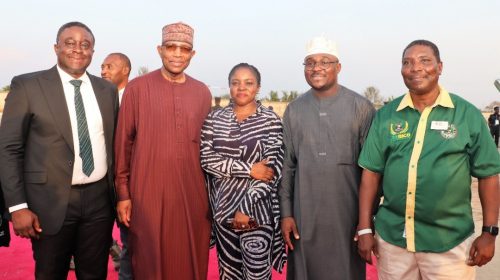 « Osinbajo: Acting or coordinating president?*Buhari…off to London for a scheduled medical follow-up with doctors, Osinbajo…to act/coordinate while the president is away
Consolidated Hallmark Insurance shareholders approve N120m dividend »