The acting Director General, Securities and Exchange Commission (SEC) Dr. Abdul Zubair, has described e-dividend as a system that promotes a more efficient form of dividend payment to shareholders.
Zubair, who spoke at the annual workshop of the Capital Market Correspondents Association of Nigeria (CAMCAN) held weekend in Lagos, stated that recently, less than 20% of investors had dividends posted directly to their accounts.
According to him the former means of getting shareholders paid which was largely through postal agency had remained inefficient
“The concomitant deleterious effects for investors were clear. The postal system was weak, and cases of losses of dividend warrants were often reported.
To overcome these challenges that hampered investment in the capital market, the SEC partnered with the CBN and Nigerian Interbank Settlement System, NIBSS, to develop an electronic platform for enrolling all shareholders into the e-dividend platform. Once enrolled, dividends are credited directly into investors’ bank accounts against the current system that relies on posting dividend warrants.
The ease of dividend payment can significantly boost retail investor confidence, curb unclaimed dividend phenomenon and encourage more Nigerians to save and invest”, assured.

Speaking on the capital market performance recently, he noted that at September 2017, the total value of issuances in the market amounted to N1.55 Trillion Naira with Equities accounting for 12% while total equities transactions rose by 78.6% to N1.655tn between 2016 and September 201, even as foreign transactions increased by 47.31% during the period.
NSE ASI, he said returned 47.11% as at Thursday, 7th December 2017 which is a remarkable recovery for the Exchange.

Total turnover in August 2017 stood at N12.9trn and N12.18trn in Oct’17 with Treasury Bills dominating activities. Trade on the floor was valued at N352.42m in Oct. 2017, 22.4% higher than the level for January 2017.
On the development in the market, Zubair said SEC designed and implemented laudable programs to create more awareness and further deepen the market. Recently, the Commission embarked on an outreach in some area councils of the FCT.
He equally said that SEC joined its counterparts all over the world to mark the IOSCO world Investors week in Abuja and Lagos bringing together stakeholders, investors, and students to promote financial inclusion adding that Investor Education Portal dedicated to educate investors of financial literacy and activities of the capital market has been designed and contents uploaded. The portal will soon become accessible to all, he stated. 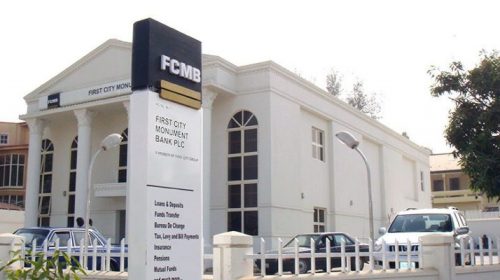