As motorists and other users of Premium Motor Spirit (petrol) struggled to get the product at filling stations on Monday, oil marketers blamed the worsening fuel scarcity on supply shortfall, which they said had not been fixed.

Many filling stations were shut in Lagos and parts of Ogun State, while the few stations that had the product recorded long queues of desperate motorists that stretched for kilometres and spilled onto the roads, disrupting the flow of traffic.

Commuters were seen at many bus-stops struggling to get commercial vehicles to different destinations, even as transport operators increased the fares by as much as 100 per cent on most routes.

Motorists lamented that they had to spend many hours in queues for fuel, while some petrol seekers with jerry cans were seen complaining that they had to part with extra money to get the product.

In Lagos, many of the private depots in Apapa, where many marketers get petroleum products from for distribution to other states, did not have the PMS to load. A motorist, Idris Akande, told one of our correspondents that he had to wake up very early in the morning to go to a filling station and had to queue for some hours before he could get the product, adding, “The government needs to do something about the situation.”

A taxi driver at Berger, who identified himself simply as Mr. Peace, said, “To get fuel now is not an easy task. The little fuel I have now will be used to convey passengers in the evening. I can’t go to filling stations to queue again; the stress is just too much. If I am not able to buy fuel tomorrow, I will park my car at home.

The Executive Secretary, Depot and Petroleum Products Marketers Association, Mr. Olufemi Adewole, said the supply shortfall had yet to disappear, adding that only a few of the body’s members had been programmed to load the product.

“But until I see them receive products and trucking out, I can’t say that the situation has changed. We can only sell what we have. The NNPC can tell us when they will bring enough products to meet people’s needs. One thing I know is that everybody is working round the clock,” he added.The National Operations Controller, Independent Petroleum Marketers Association of Nigeria, Mr. Mike Osatuyi, said, “The problem is that the import (of petrol) is being handled almost 100 per cent by the NNPC because private importers have already backed out because the increase in crude price has made the landing cost to enter subsidy.

“When crude price hit $59 per barrel was when you could not sell petrol again at N145 per litre if you are importing on your own. It is only the government (NNPC) that is importing and can warehouse the subsidy.”

He also stated the nation’s refineries that had not been functioning as expected had contributed to the current shortfall in the supply of petroleum products in the country.

Asked about the level of supply to IPMAN members, Osatuyi said, “Our members buy from private depot and get supply from the PPMC/NNPC depots that are functioning; they also bridge from Port Harcourt, Lagos and Warri to other parts of the country. But now that there is a short supply, the bridging also has reduced. The supply to our members has reduced.”

He expressed the association’s readiness to cooperate with the NNPC to ensure an end to the scarcity soon.

A top official of a Lagos-based oil marketing company told our correspondent on condition of anonymity that their depot was not loading the PMS as they had run of stock since last week.

He said the vessel that came in on Friday night was still pumping as of Monday afternoon, with companies such as Total, Mobil, Conoil, Nipco and Aiteo receiving from it.

“All the three jetties in Apapa – Petroleum Wharf Apapa, Bulk Oil Platform and New Oil Jetty – are all free; there are no vessels there now. Until there are vessels on the ground to supply, what we are currently doing is just like scratching the surface,” the official stated.

In Abuja and neighbouring states of Nasarawa and Kaduna, the queues for petrol persisted on Monday despite the assurances of the Minister of State for Petroleum Resources, Ibe Kachikwu, and the Nigerian National Petroleum Corporation.

Long queues of motorists were seen in front of the few filling stations that dispensed petrol in Abuja, while many other outlets remained shut.

This is coming as the Petroleum and Natural Gas Senior Staff Association of Nigeria announced the suspension of its one-day industrial action.

While announcing the suspension of the strike, the General Secretary, PENGASSAN, Lumumba Okugbawa, said, “On behalf of the National Executive Council of PENGASSAN, the Central Working Committee hereby suspends the nationwide strike with immediate effect and all members are to resume normal duties immediately.

“We commend Nigerians for their understanding and continue to promise to act in a morally justified way that will enhance the dignity of labour and reduce unemployment in the country.”

Also, the NNPC asked motorists and other consumers not to engage in panic buying, a development which it said had prompted long queues in many petrol stations.

PENGASSAN had directed its members across the country to shut down operations from Monday, a development that worsened the chaotic situation in many filling stations in different parts of the country.

It was, however, gathered that the union agreed to end the strike on Monday after the intervention of the Department of State Services, the Minister of Labour and Employment

The association’s Public Relations Officer, Fortune Obi, told one of our correspondents that the union had to suspend the strike after it reached an amicable resolution with the management of Neconde Energy Limited.

PENGASSAN and Neconde had been embroiled in a crisis over allegation of anti-worker practices by the firm.

The union had alleged that the management of Neconde wrongly terminated the employment of some of its workers, and threatened to go on strike if the sacked workers were not recalled within 72 hours.

But Obi stated that the oil firm had agreed to meet the demands of the union, adding that the labour minister and the association agreed to work together to resolve alleged anti-union posture by other indigenous companies and marginal field operators.

Meanwhile, the NNPC spokesperson, Ndu Ughamadu, stated that relevant government agencies were consulted by the industry unions to arrive at an amicable resolution of issues over which there were threats of industrial action.

The corporation warned marketers not to hoard products as law enforcement agencies, working with industry regulators, had been detailed to take appropriate measures against any

The DPR officials led by the Head of Operations, Abeokuta Field Office, Kasali Akinade, sealed World Oil filling station in Ibara over alleged hoarding, while a fuel pump at the

The DPR officials, who were accompanied by the operatives of the Nigeria Security and Civil Defence Corps, discovered that the World Oil attendants were not dispensing petrol.

The DPR team asked them why they were not dispensing the product, and they answered that the filling station had no product in its tanks.

Akinade, however, asked them to open the underground tanks to ascertain the attendants’ claim. But the attendants said they could not open any of the tanks, because the manager was not around.

Suspecting that the attendants were pranking, Akinade ordered the sealing of the filling station.

When the team arrived at the MAAN IPC filling station, the attendants too were not dispensing fuel to motorists.

But when the underground tank was checked by the DPR team, it was discovered that 4,000 litres of PMS w

Akinade instantly ordered the attendants to start dispensing the product. While dispensing, the team discovered that one of the pumps was under-dispensing and the DPR official ordered that it be shut down.

Akinade later told reporters that the DPR officials embarked on the inspection following a tip-off that some filling stations were hoarding the product.

He wondered why some independent oil marketers, who own filling stations, were hell-bent on creating artificial scarcity of petrol.

Akinade urged members of the public to report sharp practices of filling station owners to the DPR’s office.

He said, “We got a tip-off that some filling stations were hoarding fuel and this is against the government’s policy. Once the product is there, you ought to be selling. Some of them want to create artificial scarcity and that is not too good. This government has zero tolerance for such act of indiscipline.

“Those filling stations that have been sealed ran afoul of the law, because some of them are under-dispensing, which means they are cheating the public. Every 10 litres that people buy, they are being short-changed by one litre. And some of them have fuel and they are not selling

“So, those that are sealed, until they are fined and penalised, they will not be reopened. My message to the public is this: I want to implore them to give us information. We are not spirit, we cannot be everywhere at the same time.

“They should give us information about any filling station selling above the pump price. Come to our office at Ibara Housing Estate, Abeokuta. What we are doing is in the interest of the public 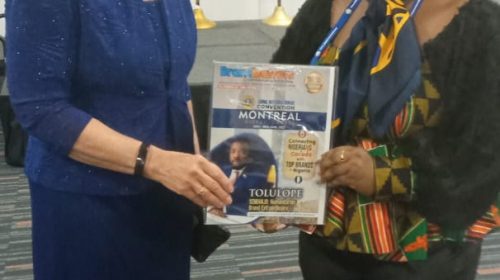 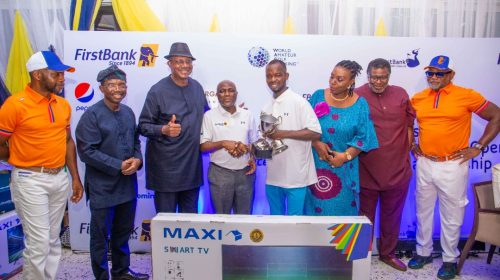