Minister of Transport Rt Hon. Rotimi Amaechi at the weekend joined other stakeholders in the transport sector to commend the critical being played by Sterling Bank Plc in the repositioning of the sector.
The Minister who spoke to reporters at the end of the2017 National Conference organised by the Ministry of Transport commended Sterling Bank Plc for its intervention in Nigeria’s transport sector, saying such intervention from the private sector would help to accelerate the desired transformation in the sector.
The Minister noted that Sterling Bank had established itself as the reference bank in transport finance as a result of its investment in the Bus Rapid Transit (BRT) and LAGBUS initiatives of the Lagos state government.
His words “I want to commend Sterling Bank for its support to the transport sector so far. I am aware that Sterling Bank financed both the LAGBUS buses and over 400 BRT buses plying various routes on Lagos roads. It is our hope that the bank would expand this experience beyond Lagos so that people living in other parts of Nigeria will also benefit from their benevolence.”
Earlier in his goodwill message, the General Manager of the Bank, Mr. Emmanuel Emefienim commended the ministry for hosting the conference adding that the forum would provide a platform for exchange of ideas needed for the transformation of the sector

He also commended the Ministry for pursuing its articulated priorities with vigor. His words: ‘’The Ministry must be commended for working tirelessly to develop a modern transport system that fully exploits the potentials of each mode, instead of the existing dependence on road transport, which accounts for nearly 95%; reversing public Sector monopoly of major transport enterprises particularly Rail and Maritime which hitherto, attracted huge public funds, but suffered decay, mismanagement, inappropriate maintenance and poor service delivery; and Instituting a Private-Sector led transport system that is responsive to the needs of a modern industrial economy’’.

As a financial institution that is committed to economic growth and stability of our dear country and an institution that truly cares for its people, Mr. Emefienim noted that Sterling Bank realized the urgent need for the intervention of the private sector in key sectors of the economy for meaningful impact as government alone cannot shoulder this huge responsibility bearing the dwindling revenue from its major source of income.

This, according to him, led to the sponsorship of the recently held international conference on transportation organized by the Transportation Growth Initiative (TGI) held in Abuja and intervention in the real sectors of the economy namely Health, Agriculture, and Education with the intention of improving standards in these sectors through financial services and other partnerships. We have received recognitions and awards from regulators and players and we have continued to grow our portfolio for impact in these sectors.

‘’Even as we have already made landmark success in the mass transit transportation system through the LAGBUS and the BRT in Lagos, we are here at this conference to further explore the transportation sector to see how we can also make impact through financial services platforms and other partnerships. We are prepared to reach out and engage with major stakeholders across the value chain in the sector during the two-day period and see how we can collaborate to fully understand the sector and the needs of the operators and, at the same time, identify opportunities and areas of potential impact’’, he stated. 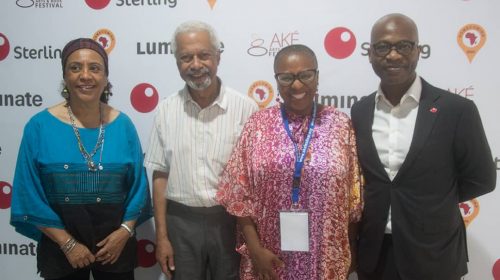 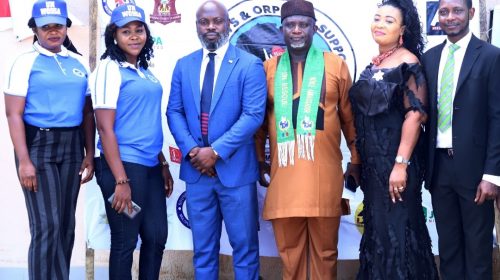