A former military Head of State, Gen. Ibrahim Babangida (rtd), has also lent his voice to the call by former President Olusegun Obasanjo that President Muhammadu Buhari should not seek re-election after completing his tenure in 2019.

In a statement he issued on Sunday, Babangida said that he did not write a letter to Buhari but has just shared his thoughts with “fellow compatriots on the need to enthrone younger blood into the mainstream of our political leadership starting from 2019”.

‎The former military ruler said the next election in 2019 therefore presented Nigeria with a unique opportunity to reinvent the will and provoke fresh leadership that would immediately begin the process of healing the wounds in the land and ensuring that the wishes and aspirations of the people were realised in build Babangida said: “Having been privileged to preside over this great country, interacted with all categories of persons, dissected all shades of opinions, understudied different ethnic groupings; I can rightfully conclude that our strength lies in our diversity.

But exploring and exploiting that diversity as a huge potential has remained a hard nut to crack, not because we have not made efforts, but building a consensus on any national issue often has to go through the incinerator of those diverse ethnic configurations.” 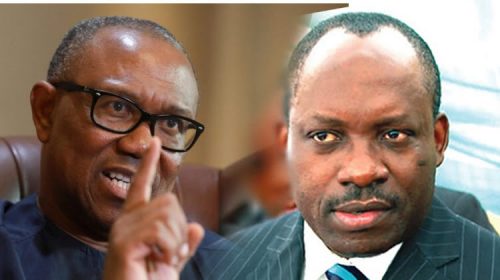