President Muhammadu Buhari in July this year while he was on medical vacation may not stand legal scrutiny, lawyers have said. With the powers of the presidency transferred to Vice President Yemi Osinbajo, albeit temporarily, before he proceeded to London, lawyers said Buhari could not legally engage in any activity associated with his functions and powers as president of Nigeria.

On May 9, 2017 before proceeding on his second medical vacation to a London hospital since he became president, Buhari had in accordance with the provisions of the 1999 constitution written to the National Assembly transferring his powers to Vice President Yemi Osinbajo.

In deference to the letter, the National Assembly had gone ahead to proclaim Vice President Osinbajo as acting president. This enabled him to nominate the Walter Onnoghen to the Senate for confirmation as chief justice of Nigeria and also sign the 2017 appropriation bill into law among other executive actions he undertook as acting president.

“I will venture my opinion hypothetically because it is not established that the approval was given while he was in a London hospital. But after transferring power to Vice President Osinbajo who then became acting president, President Buhari could no longer exercise his executive powers,” Mr. Onyeisi Chiemeke, a lawyer and human rights activist, told Business and Maritime West Africa on Wednesday.

“It is only after officially notifying the Senate, again in writing, that he is back to his office will he take back power,” he said.

Legal analyst, Liborous Oshoma, said the president’s action may be “unprocedural” but might not be entirely illegal.”

“This is similar to what we have witnessed since the president was away yet he was still issuing presidential statements and taking calls from President Donald Trump and other presidents to discuss matters concerning Nigeria.

“All that happened despite the fact that we had an acting president in place and Nigerians raised concerns at the time,” Oshoma said.

He said Buhari might not be in a good state of mind when the presidential approvals were procured and their validity could be challenged in court.

“The contracts could be challenged and possibly rendered invalid by the courts because he didn’t have presidential powers at the time he was exercising same,” Oshoma added. “The acting president ought to have approved those contracts because no one knew what state of mind the president was at the time.”

A report by Premium Times online journal had indicated that President Buhari may have given approval for two of the oil contracts sought by Dr. Maikanti Baru while he was still on sick bed in London having already transfered presidential powers to Osinbajo.

In his response to allegations by Dr. Ibe Kachikwu, Minister of State for Petroleum Resources, that the NNPC board and his office were bypassed in securing approval from President Buhari, Baru, group managing director of NNPC, had given details of the dates be procured the president’s approval

Baru explained that Buhari approved at least two separate oil contracts on July 10 and July 31 worth $1 billion and $780 million, respectively.

The N640.8 billion contracts (at N360/$ exchange rate) were approved when Buhari was receiving treatment for undisclosed ailments in London, and when he was not supposed to be exercising presidential powers, with Vice President Osinbajo as acting president.

Buhari was flown to London on May 7, barely two months after he returned from his first 2017 medical vacation which saw him spend 50 days in the United Kingdom.

On August 21, the president notified the National Assembly of his return in writing, saying he had “resumed” his “functions as the President of the Federal Republic of Nigeria with effect from Monday, 21st August, 2017.”

Of the three contracts, two of them received presidential approval on dates Buhari was not in the country, July 31 for the second contract with Chevron Nigeria and July 10 for the contract with Shell. Baru’s name was placed against the contracts as the person who administered the contract in his capacity as the Group Managing Director of the NNPC, the Premium Times report showed.

Only the September 1, 2015, contract which Kachikwu oversaw during his tenure as the GMD of NNPC received presidential approval on a date Buhari was in the country and wielding presidential powers.

The details of Buhari’s travels revealed that he was in the country from early August 2015 when he returned from Cotonou until September 7 when he visited Accra.

In his memo, Kachikwu had alleged that when Buhari was unwell in London between May and August, Baru had tried unsuccessfully to get direct approval from Acting President Osinbajo for some personnel changes at the NNPC.

But Osinbajo had asked Baru to get Kachikwu’s input and approval first before making the changes. Baru was alleged to have refused to consult Kachikwu as directed.

The changes were only made when Buhari returned on August 19. By August 29, Baru announced the changes.

This prompted Kachikwu’s letter to the president on August 30, complaining that he learnt of the development in the media.

Neither the vice president’s office nor Baru have denied Kachikwu’s claim.

Ndu Ughamadu, spokesperson for the NNPC, refused to confirm or deny if Baru got the approval from Buhari in London.

For several hours on Tuesday, presidential spokespersons, Femi Adesina and Garba Shehu, did not respond to PREMIUM TIMES’ requests seeking their comments about this and other problematic parts of the NNPC revelations.

Yet, the N640.8 billion oil contracts might not be the only one Baru got Mr. Buhari to approve while he was still unwell in London.

For instance, the NNPC announced on February 2 that it received 128 bids from local and international firms willing to participate in its 2017-2018 Direct-Sale–Direct-Purchase crude programme, which was adopted by the Buhari administration last year to replace the crude oil swap initiative and the offshore processing arrangement.

Buhari was not in the country on February 2 when the announcement was made, having been flown to London on January 19 for his first medical trip of the year. He did not return to the country until March.

On May 19, when NNPC told the media that it had finally entered into a $6 billion deal with 10 companies for 2017-2018 edition of DSDP contracts, Buhari was also not in the country.‎ 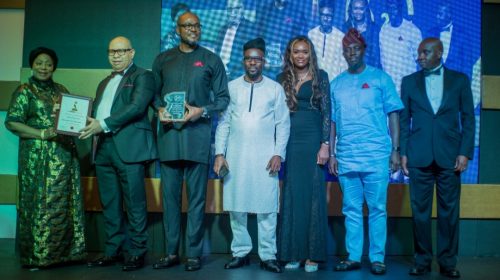