Law Union $ Rock Insurance Plc. one of the Nigerians frontline underwriting firms, has retained a strong growth earnings as its total assets hit N10.3 billion, in its nine months ended 30th September, 2017, thus showing an increase of 12 per cent when compared with 2016 figure of N9.2 billion.

Gross premium written as well rose by 10 per cent to N3.5 billion against N3.1 billion recorded in the comparable period of 2016 while shareholders funds grew by 24 per cent from N5 billion in 2016 to N6.2 billion in the period under review. Speaking at a CEOs forum of the National Association of Insurance and Pension Correspondents (NAIPCO), the Managing Director, Law Union and Rock, Mr Jide Orimolade assured that the firm’s board and management was committed to ensure the company remained profitable.

Orimolade, who said LUR was set to increase its gross premium written by 35 per cent come 2018 stated that the firm recently signed a Memorandum of Understanding with the Lagos State Institute of Estate Surveyor and Valuers (IESV) as part of strategies to achieve the feat. According him, LUR going forward would be handling the insurance of the institute.

Speaking further, he said in 2018, the firm was going to be focusing more on its retail business which would be driven ICT to grow the company’s bottom line.
Other strategies according to him, was leveraging on enabling environment created by the government through the proposed 2018 budget released recently, rise in price crude oil.

“With improve revenue, decrease in domestic borrowing (as the government has planned to reduce their borrowing share to 60% domestic and 40% foreign) with signal of decrease on interest on Treasury bill, there would definitely be an improvement in economic bubbling. Customer purchasing power is expected to increase.

All things being equal insurance is expected to have a better share, better penetration and improve gross premium written in coming year”, he predicted.

He Equally noted that LUR was poised to take advantage of the partnership between the insurance industry and state government for further growth.

“Besides, we also expect that the on-going partnership between insurance industry and State Government midwife by NAICOM to grow the income from the compulsory insurance policies.”, he said.

On recognition/award given to the firm in the recent time Orimolade stated, “On the Thursday 9th November, 2017 at the EkoHotel, Law Union & Rock Insurance Plc was recognised and honoured as the “Global Most Trusted Company in Quality Insurance for the Year 2017”.

Earlier before the Global Quality Award, we were also recognised among Award winners ofCEOs Today 2017 in Africa.
This means that our quality services never go unnoticed.
It is clear that these recognition and award are support from all our stakeholders”, he said. 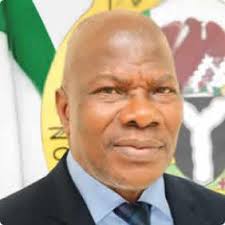 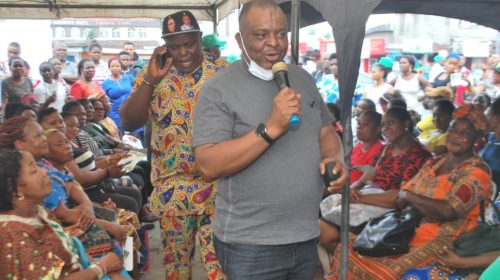 « Local Content: Insurers Must come up with strategies …NCDMB
Alex Ekwueme dies at 85 »